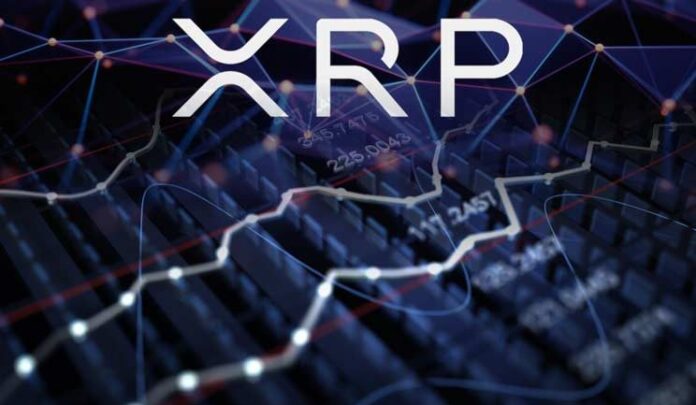 XRP has jumped in the last few hours by 40% after the massive drop experienced after the SEC sued Ripple and two executives. The fourth-largest cryptocurrency in the market has jumped from $0.24 to $0.36 in just a few hours. This price increase experienced by XRP in recent hours is related to Elad Roisman being appointed as acting chairman of the U.S. Securities and Exchange Commission.

XRP Price Recovers After Sell-off
The price of the fourth-largest cryptocurrency was able to surge by over 40% in the last hours. This has helped XRP holders in the last few hours to recover part of what they lost in during the last week. Last week this virtual currency was traded above $0.60 and in just some days, it feels down to $0.24.

The former SEC Chairman Jay Clayton hit Ripple with a massive lawsuit just before he stepped down as the head of the U.S. regulator. This was the reason why the price of XRP plummeted so much from $0.60.

According to the crypto lawyer Jake Chervinsky, it is “extremely unlikely” that changes in the SEC leadership will have a positive impact on Ripple.

On the matter, he stated:

“It’s extremely unlikely that changes in SEC leadership will have an impact on the Ripple case. Given Comm’r Peirce’s conspicuous silence, I’d guess the vote was unanimous in favour of filing. Regardless, the case is being prosecuted by enforcement lawyers who are here to stay.”

Ripple has been accused of violating federal securities laws after selling XRP to investors. The SEC could consider XRP a security and could eventually make it untradable. This can already be seen with several trading companies dropping support for the fourth-largest crypto. Coinbase, for example, reported that they are “Considering its options,” about what to do with the XRP virtual currency.

The cryptocurrency market is now operating in green. That means that most of the virtual currencies are registering gains in the last 24 hours. That includes XRP that is now traded above $0.34 per coin. Meanwhile, Bitcoin (BTC), Ethereum (ETH) and Litecoin (LTC) are also registering large gains in recent hours.

XRP could breakout from pennant to a drop to yearly low