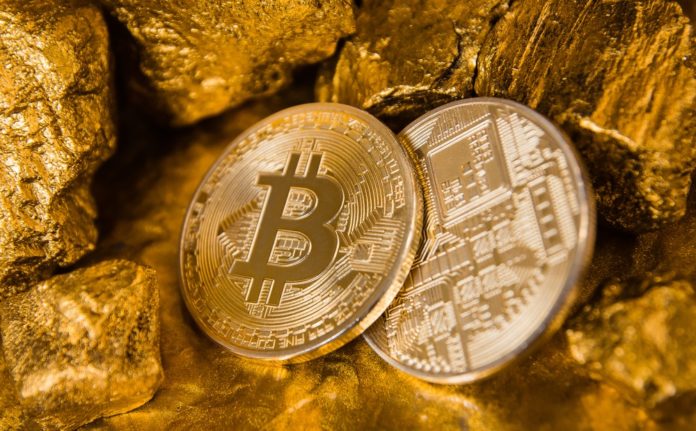 While the story that accompanied was focused on the collapse of the massive institution, once one of the larger banks in global finance, many focused on the Bitcoin tote. Questions like “who’s the guy?” and “why is he carrying a bag sporting the enemy of central banks out of a bank?” were brought up.

Here are some answers.

His name is Alex Riley, and he works for Fielding & Nicholson, a London-based suit shop that has since put a Bitcoin address in its Twitter biography to appeal to the cryptocurrency community.

According to one of Riley’s friends, he is a tailor that has been a proponent of BTC for over two years, hence the bag. Riley states that he makes a point of bringing the Bitcoin bag, which is unfortunately sold out as of the time of writing this, to every meeting he has at large banks. Just look at the rather hilarious collage of photos, which shows him clearly trying to rub Bitcoin in the face of mainstream finance.

While this clarification reduces the power of this image, it is still quite the statement. For those who missed the memo, Deutsche Bank, a German multinational investment bank and financial services company, has been bleeding out for years now.

Its publicly-tradable stock has lost over 77% of its value in the past five years. This comes in spite of the fact that within the same time frame, the S&P 500 index gained around 50%, marking one of the greatest stock market bull runs in history.

The institution’s situation recently got worse, with it announcing plans to cut 18,000 global jobs as it shutters its equity business, hence the Financial Times report.

So in a sense, the “Bitcoin Bag Guy” making it to the front pages of some of the world’s financial media is quite the statement, this being that BTC is an alternative to fiat. In the eyes of most of cryptocurrency’s proponents, that statement is 100% correct.

Deutsche Bank’s unfortunate tumble into the abyss comes as many investors have begun to fear a recession in the European Union and potentially abroad too.

As explained in an extensive Twitter thread by Raoul Pal, the founder of crypto-friendly media outlet and investment research startup Real Vision, the European Union’s economic data is extremely harrowing.

European-centric banks are shedding profits at a crazy rate, which has materialized in mass layoffs; some sovereign bond yields have flipped negative; and inflation expectations have collapsed entirely. Pal points out that it now makes sense to purchase Bitcoin to hedge against risk.

Also, central banks have begun to impose inflationary fiscal policy to mitigate the risks of a downturn.