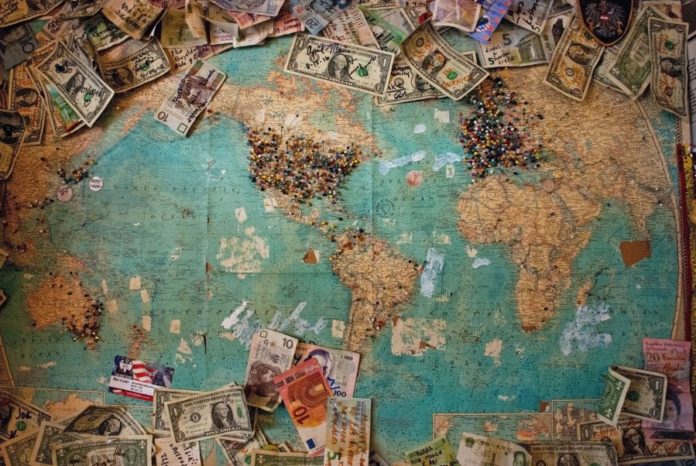 If you thought the first digital currency launched by a central bank would be the digital dollar, the electronic euro or the Chinese cryptocurrency, you’d be wrong. Tunisia, it looks like, has surpassed the western and eastern superpowers, and is on the verge of issuing a digital currency backed by its native fiat – the Tunisian dinar.

According to TASS, the state-owned Russian news agency the Central Bank of Tunisia announced the “launch of work on the creation of a platform and digitalization of the Tunisian dinar.” The reason this news was disseminated by the Russian government’s news arm is because the virtual Tunisian dinar will be issued via a platform made by Universa Blockchain, a Russian blockchain company.

The report further suggested Universa Blockchain is a “technology exporter,” specifically IT solutions under Russia’s national project – International Cooperation and Export. For sovereign cooperation, Russia will “receive a percentage of electronic transaction,” although the report did not mention the amount or the nature of the”electronic transaction.”

In a bid to promote transparency, the Central Bank of Tunisia will also have access to every transaction detail. The report stated,

“The Central Bank of Tunisia announced the launch of work on the creation of a platform and digitalization of the Tunisian dinar. Virtual money will be issued using a platform created by Russian developers – Universa Blockchain.”

Elvira Nabiullina, head of the Central Bank of Russia was vociferous in her opposition to private currencies. She was quoted in the TASS report stating,

“We are for financial technologies to develop. But we do not support private money in any form, digitally or not. If they replace public money, they will destroy monetary policy and financial stability.”

Tunisia is no stranger to the idea of a CBDC. In December 2015, Tunisia launched the eDinar, a centralized digital currency in collaboration with a Swiss software company. The pilot launch of this technology was initially done in partnership with Tunisia’s post office, La Poste Tunisienne and a domestic technology company DigitUS.

Monetas, together with the nation’s postal service, aimed to tap into the Tunisian financial infrastructure to provide citizens “nationwide access to instant, secure, and affordable merchant payments, remittances, and more.” Johann Gevers, the COE of Monetas stated at the time,

“The Monetas deployment in Tunisia is the first application for a full ecosystem of digital payments. With the La Poste Tunisienne Android application powered by Monetas, Tunisians can use their smartphones to make instant mobile money transfers, pay for goods and services online and in person, send remittance, pay salaries and bills, and manage official government identification documents.”

It should be noted here that there will be no additional pumping of Tunisian dinar into the economy. The report stated that “part of the country’s paper money will go into the pledge of electronic money.” Calling the work of the eDinar “proactive,” individuals can also switch to the eDinar, if required, added TASS.

Tunisia might not be the only Maghreb country to issue a CBDC, it could be joined by the likes of Morocco, Algeria and Mauritania. The aforementioned countries participated in the presentation of the Tunisian dinar CBDC in the country’s capital Tunis. The report added that the countries can band together under a common system to ease international payments,

“But in the future they can join the project, unite under one system and conduct international payments with electronic money at an agreed rate.”

China is on the verge of launching its own digital yuan, while Europe has seen significant support from central bank executives in Germany and France in issuing a digital euro. But for the moment, it looks like Tunisia has stolen their thunder.