Home Blockchain 101 The Effect of Stablecoins on Ethereum’s Network 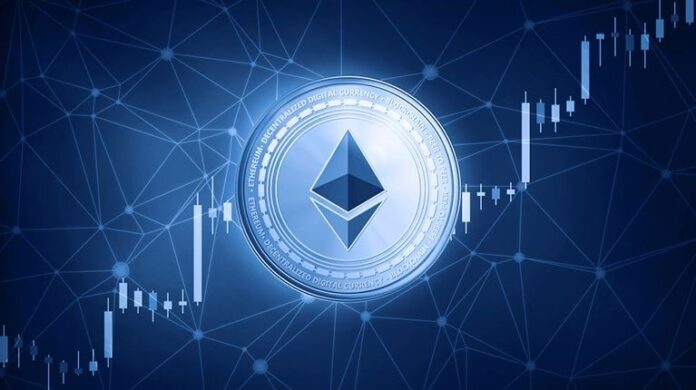 The start of the year has not been good for Ethereum. The transaction count had declined to twelve months low during February, along with the price collapse of Ether, which trailed the cryptocurrency market in general. But on April 30th the transaction count surged by 72% from its lowest point early in the year.

Behind the parabolic rise in the usage of the network was the transaction based on stablecoins which saw a count of 845,400 during the march twelve record. The event marked the highest level since the first of July, 2019, according to data from Coin Metrics. A month later the count remains stable on the eight-hundred thousand range.

A short description of Stablecoins
This is a new type of crypto-asset created to counter the effects of price volatility. At the start of the crypto cycle, most users would buy a coin hoping its price would shoot up, or “moon,” as it was referred. Then, the price differences between different coins and tokens became a dreamland for traders as they could take advantage of arbitrage opportunities on thousands of assets. Fortunes were made.

But if you are a business, or a person looking to save using crypto, all of that is a disadvantage. Instead, use stablecoins, these are crypto assets which are designed to maintain their value in relation to a fiat counterpart, in most cases the U.S. dollar. They open a world of possibilities, for the crypto space and are bringing in more people into adopting blockchain.

The different classes of Stablecoins
Currency-backed

These are cryptocurrencies or tokens supported by fiat money. They are the most common, as well as being the first type of stablecoins on the market. Their adoption is the broadest among the crypto space and some businesses outside it. Their main characteristics are:

Their value is pegged to one or a basket of currencies. These could be the U.S. dollar, the Euro, the Swiss franc, or a combination of any of the above or others not mentioned.

The process is done outside the blockchain, by using banks or other types of regulated financial institutions that serve as depositaries of the money used as the foundation for the stablecoin. One important limitation is that by definition, there can be only as many digital coins in circulation as fiat money the project has in reserves.

This can be tweaked a little using a fixed ratio between fiat and crypto creation, but no matter what, in the end, someone has to have fiat money in reserves to generate more. Most of these projects don’t allow the exchange of their tokens for money in the first place. This is the case with Tether.

Some of the most used in this category are USD Coin, Tether, True USD, PAXOS Standard. All have had in the past issues providing audited records which proved that they had enough gold reserves to back the coin.

On this type, a different cryptocurrency is locked in smart contracts and serves as the stabilizing mechanism to keep the price steady against a fiat currency such as the U.S. dollar. The mechanisms to achieve price stability are handled by the smart contracts on the blockchain network. If the crypto held as collateral is not enough to maintain the price ratio, the owner will receive a margin call to add more or end the position.

Since all of the processes is accomplished using blockchain and smart contracts, this class is considered to be decentralized. The main advantage is that no fiat is needed to create the stablecoin. No dollar reserves held in some institutions prevent the protocol from issuing more.

One disadvantage is that if the price of the asset used as a guarantee falls too far too quickly, margin calls will be generated in excess. The many contracts are at risk of default, and the resulting stress on the network may prevent people from acting in time, resulting in losses as it happened with DAI on March twelve.

Some prominent projects in this category are Synthetix (SUSD), Bitshares (BitUSD), and perhaps the main one MakerDAO (DAI).

Algorithmic stablecoins are in a completely decentralized manner. As their name implies, an economical algorithm monitors demand and supply. The mathematical formula then issues more of the stable coin if the price rises beyond the price range. The opposite happens is the price falls.

They are the news and most experimental class. Automating the issuance of money is a difficult problem and can result in long periods where the coin becomes unstable. This has resulted in few projects adopting the model. Ampleforth being the most prominent. The other being Terra which is run using a private blockchain, so it is not completely decentralized.

Stablecoins push Ethereum’s Transaction count
Since the march twelve low point in the network, the activity has been pushed by stable coins. The main driver has been USDT on Ethereum which saw an increase of supply of one and a half billion dollars during the first three months of the year. None of the other tether competitors even reach the billion-mark making it the most successful stable coin on the market right now. The accumulated effect of stablecoins on the market has pushed the capitalization of this asset class from three-point five billion to seven billion dollars over the previous two months. The main factor behind the increased demand for stablecoins has been the shortage of dollars in the global economy due to COVID-19 crisis.

On the chart above we have Tether on Ethereum, second USDC, PAX, BUSD, and TUSD as the last line. The chart tracks the supply of the five biggest stablecoins on Ethereum. By far Tether (USDT) has the lead over all of its competitors and alternatives.

Now if we focus solely on the USDT supply. It has experienced sharp upticks in issuance followed by stretches of flat growth over the last 30 days. Also, we can see that there is a spike in the issuance of Tether prior to the rise in transactions across the Ethereum network. This occurs from the 26th to the 28th of April, then on the 30th, we see the record, which is also reflected in transactions of USDT during the month.

This pattern is mirrored by all of the biggest stablecoins in Ethereum. As we have stated before, the demand for cryptocurrencies pegged to the U.S. dollar is due to the demand for it on the foreign exchange markets.

For the first time, the use of a crypto asset that mirrors the price of the USD without having to be dollars has been demonstrated. Businesses trying to do commerce on the international market are finding difficulties when securing enough USD to make purchases, even after the increase in the supply of dollars.

The reason is that large institutions are accumulating dollars as they expect a major economic crash after the major economies of the world reopen. This leaves the small and medium-size firms with a shortage of USD that they have to overcome.

The demand for dollars won’t reverse any time soon
The foreign markets seem to be even more hungry for dollars. This has remained true even after multiple expansion of the Federal Reserve’s balance sheet. The three-month euro-dollar FX swaps reached a 12 year low hitting 65 basis points (bps). The Pound Sterling also reached a decade record during April. Finally, the U.S. dollar rose 2.5% against the Euro during the same month. All served to create more demand for dollars and threaten other major currencies.

This means that there will be further pressure to issue more stablecoins across all platforms. The increase in supply will push adoption, but it may be a challenge for fiat-backed stablecoins since their supply depends on their financial network acquiring more U.S. dollars. This has been a source of contention especially for Tether which has been accused of not having enough USD to support its stablecoin.

The rise of stablecoins is awarding fat fees to the network and expanding adoption as businesses see value in replacing U.S. dollars with stablecoins. Yet, the risk exists that this rise will create a bottleneck in the network. The fiat-backed stable coins are leading the charge, but their supply is constrained by their ability to secure more traditional money. This leaves an opening for other models of stablecoins to close the gap in demand.

The future looks bright for stablecoins not only on Ethereum but across all Blockchains and DLT at large. The fast transaction speed compared to traditional backing is proving itself useful in medium-size commerce. As big businesses and traditional banks hoard dollars preparing for the recession. The stablecoins come into the market to ensure that transactions can still happen and bolster economic activity.

Bitcoin Now Accepted For Property Taxes in a Canadian City