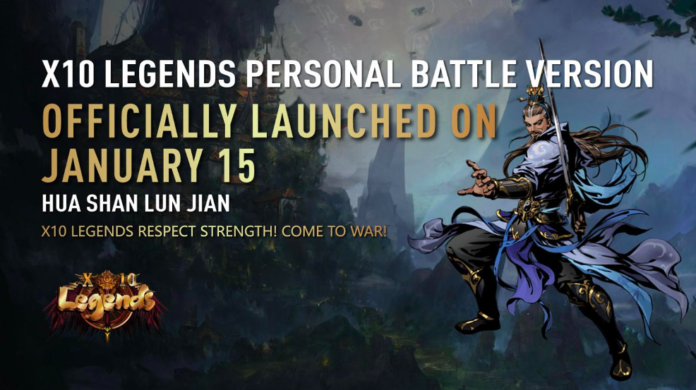 X10 Legends will be launching their PVP battle version Huashan Tournament on 15th January, where players can fight their way up the ladder to gain not only glory, but also tokens that can be sold into real money. The top 999 players will win tokens based on their PVP rankings.

The game have gained a lot of hype after it launches its clan territorial wars recently, where players can battle out with their clan mates to occupy territories to win tokens shards.

X10 Legends  is designed to be a Play-to-earn model, where players are rewarded for putting in more time and more effort into the game.

Players can buy loot boxes to get NFT character cards, and they can stake these NFT to increase their combat power.

Their founder Tom Leung, also mentioned that the game have a  full suite of updates coming up, and these developments are already lined up till the end of 2022.

THE NEW SAFEST AND MOST PROMISING COIN INSPIRED BY ELON MUSK...

Oodles and Oodles of Opportunity with DIIC