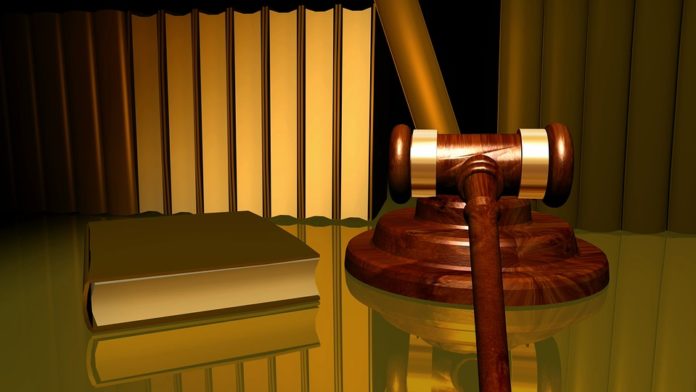 The Token Taxonomy Act has been reintroduced to the United States legislature. If approved, it would exempt cryptocurrencies from being regarded as securities while also providing clear regulations to the crypto space.

However, there are some who don’t believe that this bill would lead to proper regulation. One of such personalities is Jake Chervinsky, a leading cryptocurrency legal expert.

Token Taxonomy Act Would Create More Regulatory Uncertainty
Chervinsky, one of the leading cryptocurrency legal experts argued against the approval of the token taxonomy bill. The legal expert pointed out that even though he is in support of crypto regulation, he believes this bill would create more regulatory uncertainty.

According to Chervinsky, the Securities Act of 1933 & the Securities Exchange Act of 1934 which the taxonomy bill is seeking to amend, requires security issuers to register with SEC before any public sale. The law stipulates that if a company issues a security without disclosing it first (or satisfying an exemption from registration), it would be prosecuted by SEC since it violates Securities Acts 5 & 12.

This is important because cryptocurrencies can be regarded as investments contracts, which is a type of security. He pointed out that when put to the Howey test, cryptocurrencies could be considered as investment contracts. Chervinsky stated that “there’s no way to be sure if a particular token will pass the Howey test. Reasonable minds can differ on the test’s outcome.”

Chervinsky clarified that the token taxonomy bill doesn’t have any effect on the tokens already in circulation.

Howey Test Provides More Clarity Than Token Taxonomy Act
The token taxonomy act seeks to clarify this problem by defining a new class of digital tokens and removing them from the scope of securities. If that happens, then digital currencies won’t have to worry about the Howey test. Instead, they would focus on satisfying the conditions of the token taxonomy bill.

However, Chervinsky pointed out that it would only work if the taxonomy act provides regulatory clarity. At the moment, the law hasn’t offered that, thus, making it easier for tokens to satisfy the Howey test over the taxonomy act. He adds that while the Howey test has some shortcomings regarding the exact state of tokens, it is something that has been used for decades.

Meanwhile, the token taxonomy act contains some elements that are hard to apply. Chervinsky said, “on the other hand, the TTA’s digital token definition has several new elements that are just as hard to apply (if not more so) & lack a solid basis in existing jurisprudence. This isn’t the best recipe for statutory clarity.”

The legal expert revealed some definitions that are hard to apply, citing one as saying “tokens are required to be recorded on a data structure that resists modification or tampering.” He insists that this is a broad definition since the most centralized non-blockchain databases resist tampering.

Chervinsky adds that he doesn’t think the token taxonomy act will resolve any of the uncertainty around the Howey test. If it is approved, then it would take years of litigation to understand how it works. He added that he is not the only lawyer to criticize the token taxonomy act, citing other lawyers such as Caitlin Long, Gabriel Shapiro, and others.