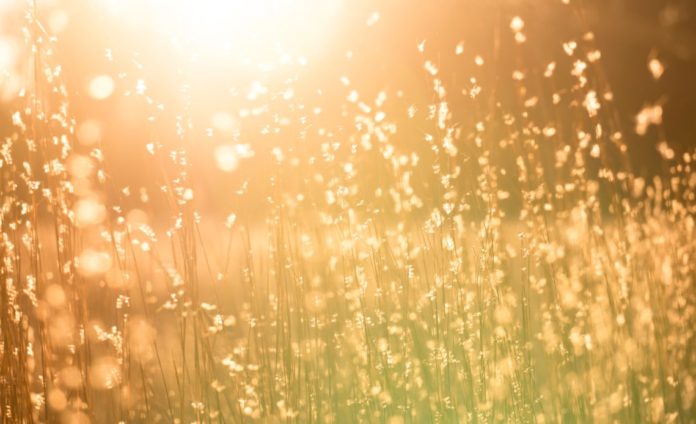 Over the past few months, Bitcoin (BTC) has been on an absolute tear, rallying from $4,200 to $8,800 as of the time of writing this. This represents a gain of over 100%. Yet, with this monumental move higher, which has been one of Bitcoin’s best two-month periods ever, analysts have tried to keep a level head, expecting for a drawdown. While the case for a pullback has been laid out rather well, some are sure that BTC still has a bit of legroom when it comes to further upside price action.

Analyst Crypto Krillin recently noted that if Bitcoin is to fulfill its “usual blow-off top before a major correction”, $9,700 and beyond is still in play. As seen below, he is suggesting that Bitcoin can break out of the ascending channel it is currently trading in, and then rally all the way to $9,750 — a key historical level that acted as resistance in mid-2018.

The reason why that Krillin expects for one leg higher is that when Bitcoin’s chart last looked as it did now, there was one final wick to the upside, which is something that has yet to materialize in BTC’s current price action. If historical precedent is to be followed to a tee, Bitcoin may break above Krillin’s ascending channel, tap $9,750, and then collapse lower in a short-term correction event.

Krillin isn’t the first to have eyed the high-$9,000s as a peak for the current range. Last week, trader Walter Wyckoff noted that throughout Bitcoin’s two historical cycles, BTC always rallied from lows to its 0.382 Fibonacci Retracement level from the last top, and then experienced a 40% correction prior to the next bull run. As it stands, the cryptocurrency’s 0.382 Fibonacci sits at $9,500, implying that BTC will soon enter that region, and then retrace 40% to $5,800.

Legendary commodities trader Peter Brandt has echoed this analysis, explaining last week that his targets for this move are anywhere between $9,320 and $10,600. He added that “once a majority of sold-out crypto bulls capitulate… a more sizable correction will likely occur.”

There have been some, however, that are sure that $9,700 can’t be where the current move higher ends. These optimists look both to fundamentals and technicals, as there are signals in the two subsets of analysis that present that Bitcoin still has room to run. As Andy Cheung, OkEX’s head of operations, suggested in a recent email, “$20,000 is a conservative prediction” for Bitcoin to reach in 2019, as institutional backers should boost this space to new heights.

And most recently, Sonny Singh of BitPay, explained that the recent rally is “just the tip of the iceberg”, as the cryptocurrency space is being backed by some of the biggest names in technology and finance, like Fidelity Investments and Facebook.