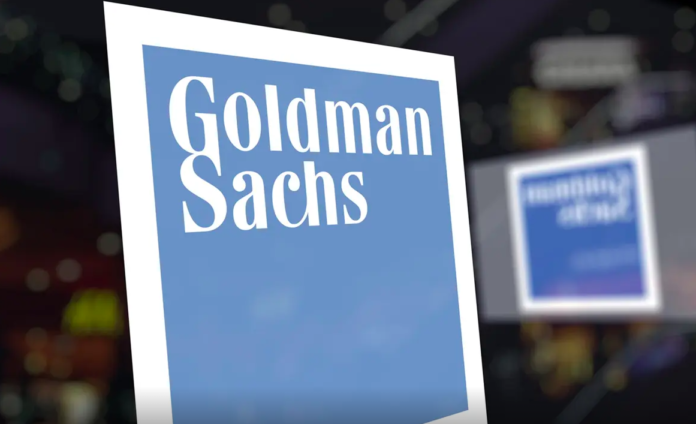 Banking giant Goldman Sachs expects the USFDA to approve at least one vaccine by January 2021.

The global economy can see a ‘V-shaped recovery’, said Goldman Sachs on Monday, November 9. This prediction comes just after pharmaceutical giants Pfizer Inc (NYSE: PFE) and BioNTech SE (NASDAQ: BNTX) announced that their vaccine is over 90% effective in treating COVID-19.

The US stock market reacted strongly as Dow Jones (INDEXDJX: .DJI) jumped over 1200 points in the early trading hours on Monday. By the end of the day, DJIA was trading 3% or 800 points up closing at 29,157 levels. Pfizer Chairman and CEO Dr. Albert Bourla also called the results a “great day for science and humanity”.

Interestingly, the news comes as the US Democrat Joe Biden looks all set to be the 46th President of the United States. The Trump administration has received sharp criticism for its handling of the pandemic. Thus, with Biden coming to power, the market is seeing this as a positive development.

In its global economic outlook for 2021, Goldman Sachs made key predictions. While Biden has managed to claim the Presidential Chair, it is doubtful whether the Democrats would manage to get the majority in the Senate. However, Goldman Sachs analysts are still expecting an additional $1 trillion fiscal stimulus before Biden’s oath on Jan 20.

However, the Coronavirus spread doesn’t seem to be stopping anytime soon. Top European economies have already entered lockdown with the second wave catching up. Well, this has also weighed on the growth forecasts of the global economy. Despite all of it, Goldman Sachs remains confident that the recovery will be much better than what many had expected.

Goldman Sachs Global Recovery Forecasts and GDP Projections
For the 2020 year-end, the banking giant predicts a global GDP contraction of 3.9% and an expansion of 6% in 2021. Goldman Sachs Chief Economist Jan Hatzius said:

“Just as the global economy rebounded quickly (albeit partially) from the lockdowns in the spring, we expect the current weakness to give way to much stronger growth when the European lockdowns end and a vaccine becomes available”.

Hatzius and his team remain hopeful that USFDA will approve at least one by January 2021. Hatzius notes that if mass immunization happens soon after, then growth will pick up by the second quarter of 2021. He further added:

“The main exception is China, where output is already back to pre-pandemic levels, credit is growing rapidly, and fiscal policy remains very expansionary. Policymakers look set to react by easing off the accelerator, which should result in a modest sequential growth slowdown.”