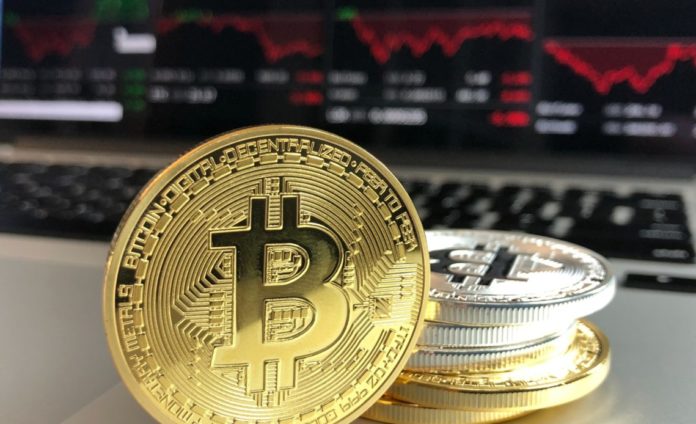 All eyes are on Bitcoin and where it will go next. After failing to retest $8,000 over the past day, a downside move is looking more likely and Fibonacci levels could be key places to find support zones.

Bitcoin Consolidation Before a Big Move

Over the past 24 hours or so Bitcoin has started trading sideways between $7,900 and $7,500. During Asian trading this morning it had recovered slightly from that intraday low to reach $7,850 or thereabouts. Failure to retest $8k could be a signal that further losses are imminent and the next major level of support lies around $7,600.

Fibonacci levels have been key in seeking support and resistance zones for Bitcoin, and crypto assets. There are several pullback areas to watch and the Fib retracement tool can point them out. Crypto trader Josh Rager has been doing the charts and plotting them;

He added that Bitcoin is in a condensing price range which could lead to another volatile move soon. These figures all tie in with the 30%+ correction that many analysts are now expecting. A drop from Bitcoin’s recent high would land it right in the middle of this range at $6,300.

Trader and economist Alex Krüger concurred in an earlier tweet commenting that anything between $6,800 and $6,200 would be a ‘gigantic buying area’ adding;

Crypto sentiment has now switched from uber bullish to confident that the correction will be healthy. Many traders and analysts are actually willing BTC to drop so that they can load up on it at a better price. Those in it for the long haul can buy Bitcoin now and not worry about where prices will be later this year. The bull run has already been established by the positive signals on a number of various long term technical indicators.

At the time of writing Bitcoin was trading at $7,880, back to its daily high but still down 9 percent on the week. Moving averages and Fib levels will be key indicators as to where it is going next.