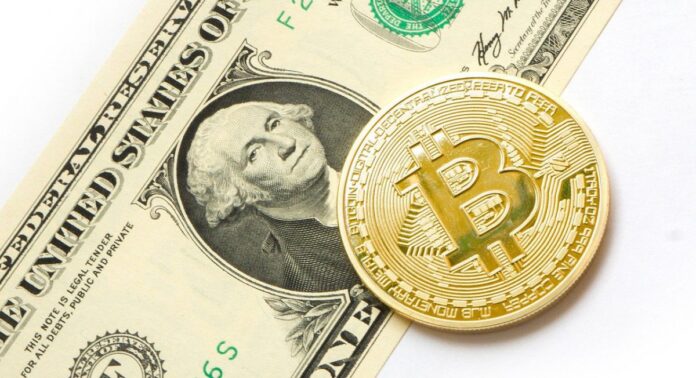 Gold is in the process of erasing weekly losses after Hubei province reported a sharp rise in coronavirus infections.

Gold peaked at $1,518.70/oz. Thursday and is on track for its highest settlement in ten days.
Alarmed by the recent spike in coronavirus infections, investors piled into bullion and other haven assets to mitigate risk.
U.S. consumer-price growth was muted in January but above trend compared with a year ago.
The price of gold rallied on Thursday after an unexpected surge in reported coronavirus infections curbed appetite for risk.

While stocks have recovered from an early-morning slump, gold continued to hold gains heading into the close.

Gold Rallies, Silver Follows
Futures on April gold deliveries rose $10.10, or 0.6%, to $1,581.70 a troy ounce on the Comex division of the New York Mercantile Exchange. The rally more than offset an early-week slump in bullion prices after stocks returned to record highs.

Silver futures followed a similar trajectory. The March contract quoted by Bloomberg rallied as much as 22 cents, or 1.3%, to $17.72 a troy ounce,

A total of 14,840 people were diagnosed with the novel disease after Hubei, one of the centers of the epidemic, broadened its methodology for determining infections. At last check, there were more than 60,300 confirmed cases of coronavirus in 30 countries and territories.

The White House believes China may be under-reporting the number of infections “by at least 100,000,” according to Edward Lawrence, a correspondent with FOX Business. In a Thursday tweet, Lawrence said the administration also believes China is “severely” understating the death toll.

Annual Inflation Above Trend
Data on consumer prices were a mixed bag on Thursday, as investors weighed a sharp drop in energy prices against a brisk pick-up in annual inflation.

The consumer price index (CPI), which is supposed to measure the effect of inflation on the marketplace, edged up 0.1% in January, the Labor Department reported Thursday. Analysts were forecasting a monthly gain of 0.2%.

The smaller uptick was largely attributed to energy prices, which fell 0.7% at the start of the year.

Measured annually, CPI rose 2.5%, which is well above the Federal Reserve’s 2% target. (Keep in mind the Fed relies on the core personal consumption expenditure index to measure underlying inflation.)

Gold usually provides a safe bet for investors in times of rising inflation. Even by the government’s own measures, inflation is running higher than interest rates. Gold is likely to continue rising so long as real interest rates are falling.

Even in a nominal sense, interest rates have been in free-fall over the past year-and-a-half. Since September 2018, the U.S. 10-year Treasury yield has plunged by half. On Thursday, the yield was hovering around 1.61%, according to CNBC data.

The Race For Utility Is On !