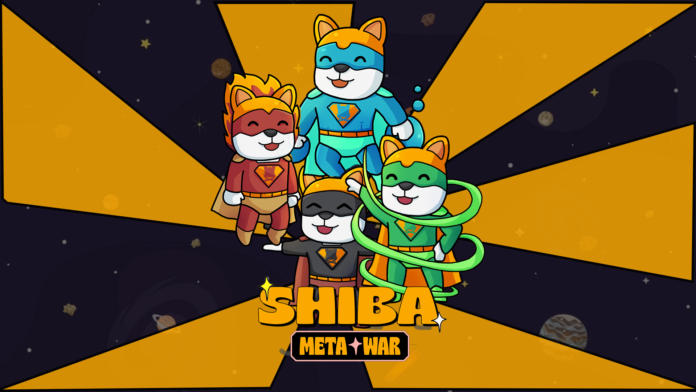 Shiba meta war is a game developed on the 2d platform based on blockchain and NFT technology applications. It is created by BEE studio and is expected to be released to the public in December 2021. This is also a 2D De-Fi game where players play characters for real-time battles.

Shiba Meta War is a play-to-earn game based on the blockchain technology platform. Players participate in battles, summon heroes to attack enemy bases, and play with friends

There are 3 types of heroes: common, rare, and rare. The basic hero is given to the player at the beginning of the game experience. These heroes can participate in low-level PvP arena battles. Players can also use these heroes to earn SHM by participating in daily activities and tasks.

Advanced PvP arenas, ranked games, tournaments, and challenges all require powerful decks. Players can let NFT heroes charge their decks. NFT heroes can only be purchased in the market or summoned with 4 NFT heroes.

SHM is the main token used for all operations in games and markets. Players can use SHM to upgrade their decks, participate in high-level matches, and become the best players.

The economic model in the game

Born with the play-to-earn model – play and earn, Shiba Meta War creates conditions for players to make money in many ways:

The Shiba Heroes have to complete the daily quests by fighting the Monster. The player first chooses the Heroes to use in the battle. The enemy will show up with the Heroes win rate and associated experience (EXP), rewards (in SHM token). The player will have to pay a BNB gas fee in combat with the Demons. If they win, they will receive the EXP and SHM token.

Players shall strategically choose the Demons because the win rate will vary with the earned reward and EXP. Picking the Demons enemy wisely will maximize the player’

Players can participate in the training mode with other players. Before training, both players have to deposit a predefined amount of SHM token; which will be distributed to the winner to increase their rank in the golden board.

Every day, there is a fight between 2 heroes. Players will deposit SHM token in the Heroes they love

The heroes with less SHM bet will win.

Shiba Meta War is probably the first stepping stone into the era of Metaverse. Because before building the game world of Metaverse, BEE Studio has many years of experience in game creation and development. The development of blockchain technology and the newly released Metaverse elements have prompted BEE studio to take this opportunity to contribute to the optimized development of the game industry, creating conditions for everyone to have fun, and invest in money.

Shiba Meta War -Metaverse promises to lead the game industry into a new era-the era of games where you can play and earn.

X-Cash is listed on the Dragon’s Syrup program from QuickSwap Exchange!

The Sceletium Source is Partnering With the Elyseos Ecosystem