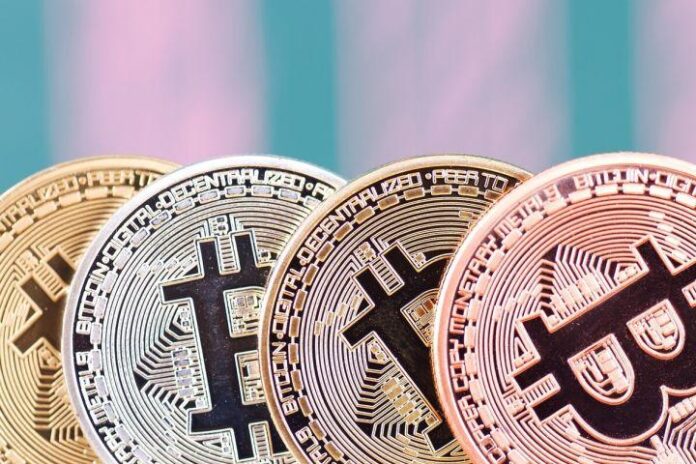 It’s 2021 and central bankers still can’t figure out what to make of Bitcoin (BTC). Although many of them have dismissed the asset as a highly speculative bubble in the past, the cryptocurrency keeps growing in terms of price, general adoption, and a variety of other metrics.

Due to the massive increase in the bitcoin price over the past year or so, central bankers have, once again, been sharing their bad takes on Bitcoin with the general public, while also oftentimes simultaneously touting the promise of blockchain technology’s use in the development of central bank digital currencies (CBDCs). Let’s take a closer look at some of these recent comments to see what the central bankers are getting wrong about Bitcoin this time around.

1. “Bitcoin is too volatile and is not a store of value”

A key criticism thrown at BTC from a wide range of skeptics (not just central bankers) is that the asset is far too volatile to act as a store of value.

“Cryptoassets, which we call them crypto assets, [are] highly volatile (see bitcoin); therefore, they’re not really useful as a store of value,” said US Federal Reserve Chair Jerome Powell at an event held by the Bank for International Settlements (BIS) back in March.

In terms of not being useful as a store of value, there are plenty of long-term bitcoin holders who would dispute this claim. While the short-term bitcoin price can be quite volatile, those who have held bitcoin through an entire halving cycle (roughly four years) have never lost money. There is no dispute that the bitcoin price can be highly speculative and volatile over the short term, but plenty of bitcoin holders are willing to ignore this potentially-temporary property of the system, as they’re interested in use of the crypto asset as a form of long-term savings.

Yes, bitcoin has fallen from over USD 60,000 to roughly USD 30,000 and then recovered to USD 40,000 over the past few months, but it’s also still up around 250% over the past year and more than 6,000% over the past five years at the time of this writing. The short-term bitcoin price action can be extremely noisy, as the market is still unsure how to value this completely new type of asset that previously did not exist. Additionally, the past five years of bitcoin price action have empirically been less volatile than the first five. The idea that a completely new type of asset can go from zero to tens of thousands of dollars without volatility simply has no basis in reality.

It should be noted that Robert Kaplan, who is the president of the Federal Reserve Bank of Dallas, appears to disagree with Powell’s assessment on bitcoin.

2. “Bitcoin is not backed by anything and has no intrinsic value”

Another criticism of bitcoin that is closely related to its supposed inability to act as a store of value is the claim that the crypto asset has no intrinsic value. “[Bitcoin] is not backed by anything,” stated Powell at the aforementioned BIS event.
In his view, stablecoins are an improvement over pure crypto assets like bitcoin due to the fact that stablecoins are backed by sovereign currencies of leading nations like the United States. From this perspective, Powell sees bitcoin as more similar to gold than the US dollar. Federal Reserve Bank of St. Louis President James Bullard also agrees with this comparison. “They characterize it as a rival to gold, and that might be a good way to think about it,” said Bullard in an interview with CNBC earlier this year.

The lack of fundamental value for bitcoin is also espoused by other central bankers around the world. In May, a report from the European Central Bank (ECB) compared bitcoin to the infamous South Sea Bubble. Additionally, ECB Vice President Luis de Guindos told Bloomberg TV that crypto assets are not real investments because they have very weak fundamentals. Bank of England Governor Andrew Bailey has also espoused this sentiment. In a May press conference, he stated:

To be fair, this criticism of bitcoin is mostly correct. Bitcoin has no intrinsic value, and it’s value is entirely dependent on people viewing it as valuable (albeit based on its intrinsic properties). However, the problem with bitcoin’s lack of intrinsic value as an argument against the crypto asset is it also applies to alternatives like gold and the US dollar. The US dollar has value because the federal government says it has value and people believe them. If more people decide to hold value in bitcoin instead of the US dollar, there is nothing “intrinsic” about dollars that guards them from this sort of speculative attack. Instead, the federal government can only use their monopoly on violence to try to outcompete bitcoin through the use of force.

Obviously, there are still fundamental reasons for both bitcoin and the US dollar to be at their current valuations. It is often said that the US dollar is backed by the full faith and credit of the US government or the requirement to pay taxes in the currency, which is all fine and well.

But bitcoin also has its own fundamental value propositions in the forms of an incorruptible monetary policy, the difficulties associated with seizing someone else’s bitcoin, and censorship-resistant online payments.

As a final note on this topic, Powell’s point around bitcoin’s lack of backing should not be viewed as a negative, as that is the entire point of the digital cash system. Any sort of backing of bitcoin by real-world assets or a centralized issuer would reintroduce counterparty risk (as is the case with stablecoins), which is the entire problem bitcoin is intended to solve in the first place.

3. “Bitcoin uses too much energy”

Another criticism of bitcoin levied by Powell during the BIS event in March was that the Bitcoin system is too energy-intensive. A spokesperson for the World Bank, which itself is investing billions in fossil fuels, despite European officials’ pleas to stop funding projects of this nature, also told Reuters that environmental concerns were one of two reasons the international financial institution could not assist El Salvador with their adoption of bitcoin as legal tender. Additionally, ECB Executive Board member Fabio Panetta wrote in May, “The enormous energy consumption and associated CO2 emissions of cryptoasset mining could undermine global sustainability efforts. Bitcoin alone is already consuming more electricity than the Netherlands. Controlling and limiting the environmental impact of cryptoassets, including through regulation and taxation, should be part of the global discussion.”

More recently, the ECB stated that their digital currency’s energy consumption would be negligible when compared to bitcoin. Also this summer, a BIS report stated, “Bitcoin in particular has few redeeming public interest attributes when also considering its wasteful energy footprint.”

This statement from the BIS report is the perfect illustration of the key problem with the environmental arguments against Bitcoin. These arguments are only valid to people who think there is no value to Bitcoin’s existence.

If you don’t understand Bitcoin’s value proposition, then of course you will make the argument that any energy used in bitcoin mining is a waste. It is no different from someone who does not like Christmas thinking that all of the energy spent on Christmas lights every year is a waste.

In other words, this is a subjective argument. Obviously, those who hold bitcoin see the costs of establishing a global, apolitical monetary system worth the associated energy costs.

The narrative in the media that Bitcoin is horrible for the environment is also grossly overstated. Many of the estimates on future Bitcoin energy use make extremely basic technical mistakes such as ignoring layer-two systems like the Lightning Network and assuming that all future transactions are going to occur on the base blockchain layer. There is plenty of reason to believe that the environmental impact of a widely adopted Bitcoin monetary standard would be less than the impact from the current financial system or a return to a gold standard. ARK Invest and Square Crypto also co-authored a paper that explores whether bitcoin mining may actually improve the economics of renewable sources of energy.

4. “Bitcoin lacks transparency and is too useful for criminals”
The same World Bank spokesperson who brought up environmental concerns in the context of El Salvador’s adoption of bitcoin as legal tender also said transparency is a potential issue with the crypto asset, and the BIS report mentioned in the previous section also touched on the use of bitcoin for money laundering and ransomware attacks. But perhaps the most critical remarks on cryptocurrency’s use by criminals this year came from ECB President Christine Lagarde.
“[Bitcoin] is a highly speculative asset, which has conducted some funny business and some interesting and totally reprehensible money laundering activity,” said Lagarde at the Reuters Next conference in January.

Lagarde, who herself is a convicted criminal, added that global regulation is needed on bitcoin and other digital currencies to prevent people from finding pockets of jurisdictions around the world that can be used to get around financial reporting requirements.

In February, Lagarde also stated, “[Bitcoin] is a [crypto asset] that was established back in 2009 by libertarians and the hopeful of the completely decentralized universe that will be completely anonymous.”

This comment indicates an understanding of the political underpinnings of the Bitcoin network. However, a digital financial system that is neither decentralized nor potentially anonymous has its own social implications as well. These implications were perhaps best described by BIS General Manager Agustin Carstens at an IMF event in October 2020, where he made a statement regarding the differences between the physical cash of today and the potential CBDCs of the future.

“A key difference with the CBDC is the central bank will have absolute control on the rules and regulations that will determine the use of that central bank liability, and also, we will have the technology to enforce that,” said Carstens.

Bitcoin has long been thought of as a potential hedge against a dystopian cashless society where there is no such thing as financial privacy or true ownership over one’s savings (I wrote about it for NASDAQ five years ago).

With complete government control over the digital financial system, it becomes easier to implement inflationary monetary policies, seize assets from the populace, and censor specific types of transactions, all in the name of protecting the children from the Four Horsemen of the Infocalypse.

There are a variety of regulatory developments related to cryptocurrency taking place around the world right now, so this year may give everyone a glimpse of just how far governments are willing to go to protect their “absolute control” over the digital financial system.