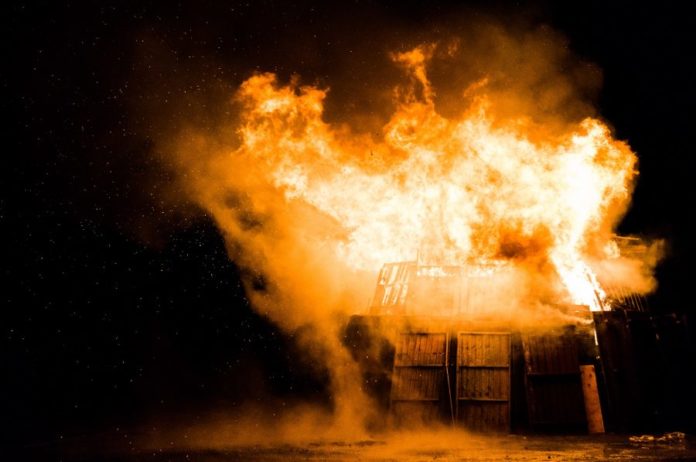 The outbreak of Covid-19, precipitated by the recent rising cases in Italy, South Korea and Iran, global markets, has led to a massive sell-off. The S&P500 lost 12 percent of its value, dropping by over 400 points, while the Dow Jones Industrial Average loss lost over 3600 points, with both indexes seeing their worst trading week since the 2008 financial crisis.

Bitcoin, which began the month in good stead, and even rode the Covid-19 wave, on the back of a ‘safe-haven’ claim was also hit hard. The coin, despite up by 16 percent YTD, is down by 14 percent in the past week alone.

The cryptocurrency, seen as an index for the larger digital assets market, given it holds over 65 percent of capitalization, is dancing to the same bearish tune as the equity index. Their correlation amplifies the rhythm.

On February 29, the 1-month realized correlation between the two was at +28 percent. The last time the correlation was over 25 percent was during the close of January, as both coin and equity were rising.

Between April and June, Bitcoin saw a massive upswing, increasing by a whopping 161.5 percent in three months, closing out at over $10,700. The S&P500 saw marginal movement, changing by less than 4 percent with a high and low difference of 7.52 percent.

In these months, the realized correlation between the two assets dropped below 0, as Bitcoin was consistently outperforming its equity equivalent. This movement was in stark contrast to the historic Bitcoin-S&P movements, as noted by prominent Bitcoin bull, Tom Lee, the head of research at Fundstrat, who stated, “Bitcoin does best when the S&P’s up more than 15 percent.”

As 2019 came the a close, another role-reversal was seen. Between November 20 to December 2, the realized correlation between the two dropped from 33.4 percent o -40.9 percent. A month prior to this increase, Bitcoin saw massive fluctuations owing to China’s embrace of blockchain technology.