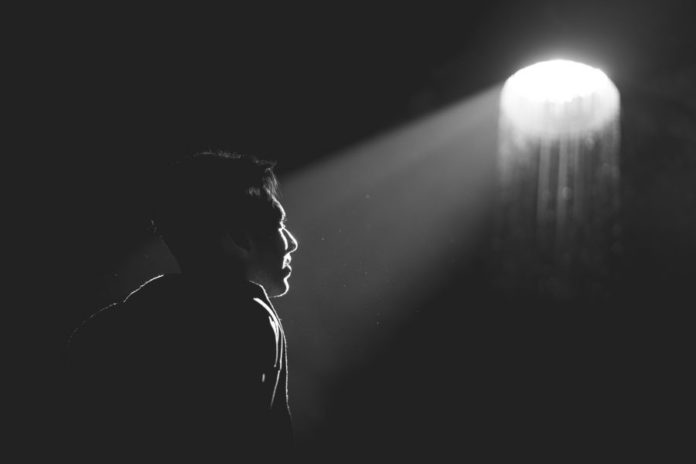 If you looked at the charts right now, you would find that Bitcoin is trading flat, while stock market indexes the world over are in a free-fall. However, that is about to change.

Since recording its worst fall in over 7 years last week, the world’s largest cryptocurrency in the market has traded in and around the $5,500 range. A minor blimp was seen on 15 March, when the price dropped down below $5,000, but a quick recovery followed.

Now, as Bitcoin is relatively stable while other traditional stores-of-value are losing millions by the day, a move is on the horizon. And the cryptocurrency’s Options market posits a volatile few weeks, followed by steady movement. A tale of two halves, interrupted by the block halving.

According to data from Skew markets, the Bitcoin at-the-money volatility term structure is moving from an upward curve in the short-term, to a steep downward curve in the long-term. The volatility term structure is based on the strike prices of BTC Options contracts, and their skew with the current price, hence, an indicator of the term-based shift in prices. This shift, however, does not have a price direction.

Between now to the close of March, when the final set of Options contracts expires on 27 March, the volatility will reach a high of 135 percent. Following this peak, the ATM volatility will drop significantly as the April, June, and September contracts are set to expire on the last Friday of the respective months. 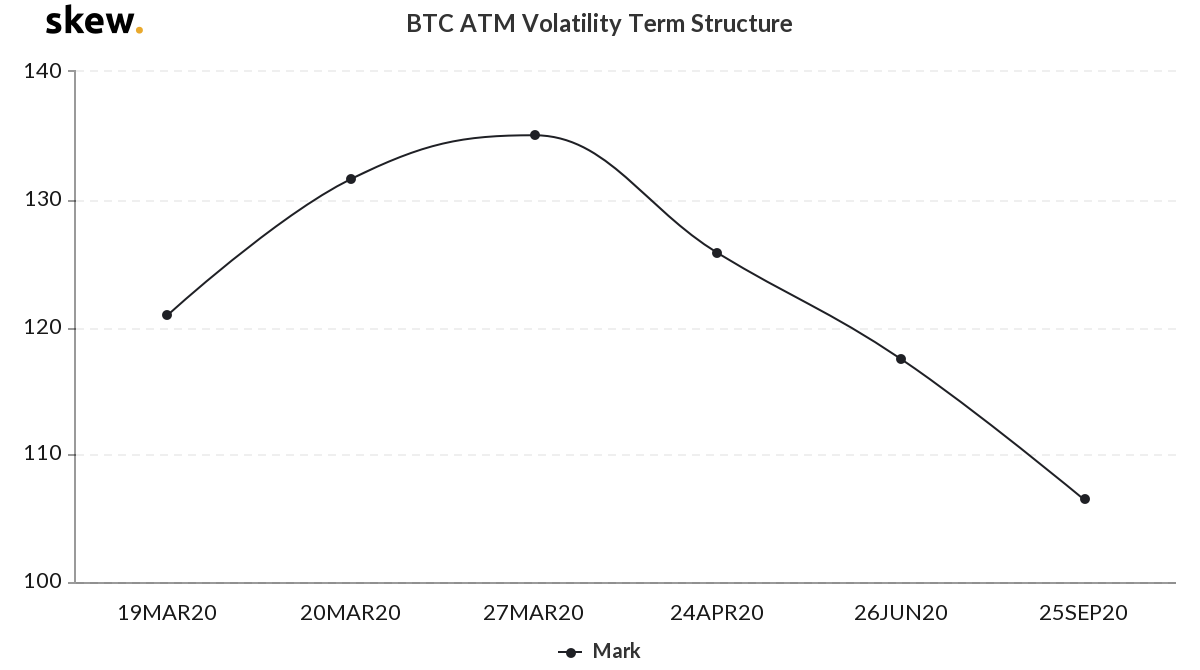 On looking at the strike price by Options volume, the volatility is apparent. Contracts expiring on 27 March take two spots in the top-5 Options contract by volume, with strike prices of $14,000 and $9,000, respectively, indicating high increasing volatility as the press time price of Bitcoin was $5,300. 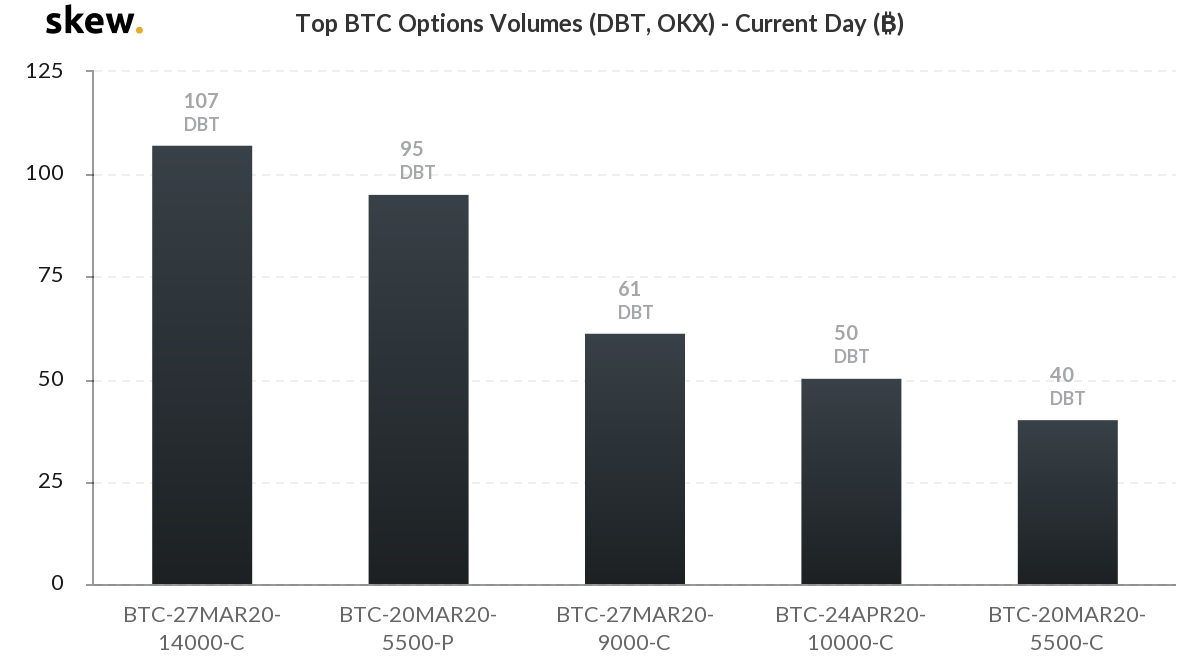 In traditional markets, if the Put/Call ratio is between 0.5 to 0.7, the market is trading Options contracts with a buy-right over contracts with a sell-right. The same can be said of the Bitcoin Options market. Bullish factors are at play. 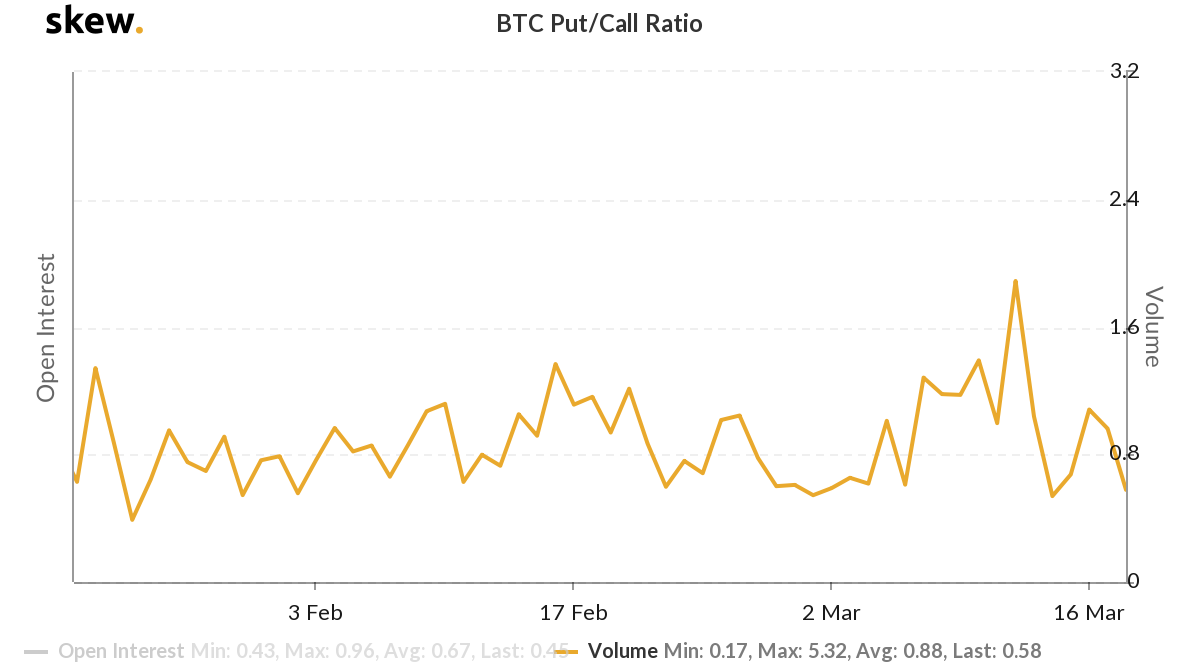 With pandemic-induced fears jolting the markets, investors have been forced to sell-off traditional assets, resulting in the plummeting price of Bitcoin, gold and the stock market indexes. As Bitcoin closes out the month, down by 20 percent YTD and 46 percent from its 2020 high, it looks like Bitcoin’s liquidation has seen off its worst phase, and the market is hoping for an upward upheaval.