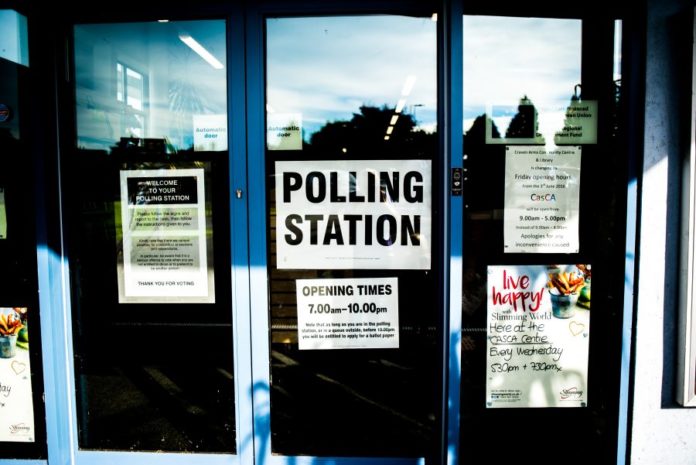 Decentralized currency was initiated on the pretext of relinquishing the shackles of financial control that central banks’ applied on its citizens. A currency that was disconnected from the government of domicile, unaffected by macro-economic policies, and operated on logic, not authority, was seen as a boon to those who longed for financial freedom. Bitcoin, the brainchild of this principled position, was created to usurp its fiat superiors and create a system that was both a medium of exchange and a store of value.

Regulators, however, were not too keen on allowing a currency that operated without a centralized figurehead to steamroll the traditional economic and financial system and hence, they engaged in exerting political pressure.

BITCOIN ATTRACTS REGULATION
Since the heydays of Bitcoin, there has been a well-documented effort by lawmakers, regulators, central bank chiefs and global monetary authorities to clamp down on Bitcoin and the larger cryptocurrency industry.

Adopting a varied framework, countries have approached the concept of regulation in a diverse manner, rather than a hard-and-fast rule. Some central banks have gone soft and issued warnings to its citizens against investing in crypto, citing volatility and speculation, with its use in illegal activities being one of the most prominent pitches. Countries like Australia and Canada have brought crypto-laws under the guise of AML/CTF laws. From on-shore investment restrictions like in Qatar and Bahrain, an outright ban like in Nepal, Morocco, and Vietnam, or a financial institutions ban like in Iran and Colombia, cryptocurrency regulations have been met with a multitude of approaches, each harsher than its predecessor.

From the regulatory evolution of cryptocurrencies, it can be argued that Bitcoin, due to its ethos of operating without a centralized command and as a tool against the government’s scepter of power, attracts regulatory authorities.

REGULATION ATTRACTS BITCOIN
Bitcoin was conceived as a means to evade the authoritative power of the government. Being a financial means of sustenance that can operate, not only without the traditional financial realm but in opposition to it, the digital asset was seen as a threat. This inherent fear caused regulators to take stricter action against the decentralized currency, leading many to evade the digital assets industry, citing government clampdown which was best encapsulated in the disclaimer, “Bitcoin attracts regulation.”

If one were to flip the switch and turn that cautionary note on its head, the paradigm laid out by the elements of regulation and the regulated entity would not only take up a new role, but it would demystify the regulatory clutter.

GOVERNMENT AT THE CENTRE
The role of a government, over time, has changed drastically. Initially, government’s main responsibility was to enforce the law, which was agreed upon collectively. Now, the modern government looks over everything; domestic finances, healthcare, entertainment, military, nothing is out of their scope of operation. With that comes the power to create a set of perceived standards of operation, either vertically or horizontally. The former standard will allow how far an industry can operate before it is deemed unfit in the eyes of the government, and horizontal limited operations will address how much an industry can expand into other facets before it is halted.

Government in that scope, applies regulations to control an industry’s growth outside their perceived parameter. Additionally, if this endless regulatory flux is applied to every industry that aims to expand, either vertically or horizontally, the need to access areas of this very ‘expansion,’ if operating outside the confines of the government, are sought after.

From a financial point of view, it can be seen that if an entity operates outside the purview of the perceived government standard, its connection to the global financial realm is cut off, either through fiat operations or financial institutions. Owing to the power of modern governments, an industry that is deemed to ‘violate’ guidelines is de-tethered from the global financial realm by banning them from financial participation, freezing bank accounts, de-platforming them from fundraising websites and leaving them in the utter dark.

This shunning of industries, especially on a financial front, has resulted in the need to seek out a means of payment that operates outside of the government, like decentralized finance.

On the gambling front, cryptocurrencies dedicated to this industry have amassed over $100 million in 2019, going as high as $1.5 billion during the retail highs of January 2018. Digital gambling currencies include FunFair, Edgeless, Casino Coin, Decent Bet, and more. A spokesman from CryptoGamblingNews.com, a website focused on mass adoption of crypto for gambling, stated,

“Gambling remains a key early use case for cryptocurrencies and blockchain technology. We are seeing these projects implementing some fantastic features that are simply not possible with fiat currencies.”

Although Bitcoin remains the firm favorite in the crypto-gambling scene, other gambling-specific virtual currencies are rising to the fore, spurred by the crackdown on the industry at the hands of the government.

Even the guns and ammunition industry has been in the cross-hairs of regulators. In the USA, the frequency of mass shootings is well-documented and the media often uses this narrative in their own talking points, contributing to the gun industry being financially muzzled. Further, the US Department of Justice initiated Operation Choke Point in 2013 to investigate banks that conducted business with firearm dealers and payday lenders, on the context of a higher rate of fraud and money laundering. Even though the operation ceased in 2017, firearm dealers cried foul and gravitated towards the world of decentralized finance.

In October 2018, a “gun-friendly” cryptocurrency called TUSC (The Universal Settlement Coin) was introduced, with the Founder Rob McNealy stating in the TUSC press release,

“As gun owners, and ardent defenders of the right to self-defense, we know that the gun industry is constantly under attack. We wanted to create a gun-centric crypto to act as a “continuity of business” payment system for gun retailers.”

Speaking directly to AMBCrypto, McNealy called TUSC an “insurance policy” for firearm owners and dealers in an eventuality where they have some kind of “de-banking,” or “lose their bank account or merchant processing,” which he believes “resonates” with the customer base.

“There’s a lot of fear among the retailers in the lawful firearms industry… and that’s how we are presenting it…This is new technology, there’s no, really, risk for you to be involved but, in case, there is a situation where you are abruptly cut off from your ability to do online digital commerce, TUSC can fill that void.”

The government will always force its regulatory hand on industries that it deems to be operating outside the crucible of their perceived standards, or of their stakeholders’. This ‘force’ is evident in financial operations and the ability, at the central level, to exclude certain industries from the global financial world, causing regulation-hit industries to seek out financial refuge.