Home Ethereum Bitcoin may be moving away from the greater good to go the... 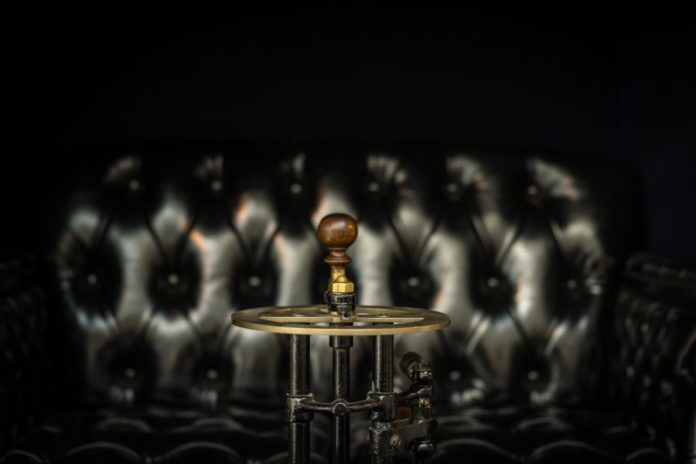 Invention is the mother of all necessity.

For years, what was coveted was what was harder to come by. Since the dawn of time, human beings have valued aspects of existence based not on their use, but rather on outward perception seen by the eyes of another. Every product, every phenomenon, every pixel of life was measured by a shared value, one that was not imparted by the sole owner. It was either a community stamp, either of recognition, societal wealth or monetary value.

The modern world is an example of the same, where throngs of ‘status symbols’ pander to the lust-filled eyes of many. The ownership of artifacts, paintings, and busts, with no inherent use or little historical significance, is priced over products of sustenance. The age-old Veblen Goods causation, coined by the 19th-century economist Thorstein Veblen, is even more true in the era of Lamborghinis, iPhones, and virtual currencies.

And while the aforementioned examples do have some utility of their own, this is not true of artifacts such as the Mona Lisa, a work of art which records a greater valuation with every passing year.

As laid out, the modern generation is creating a world where value is calculated on the basis of perception. And with that, the economic-touch of scarcity perfectly plays out the case of Conspicuous Consumption to parlay the Veblen phenomenon. Coupled with the age of the Internet, where a vast amount of money is created and stored, where businesses are built and status is exalted, a channel for Veblen’s coinage is crafted and elevated.

Imagine now if this ‘channel,’ amidst this increased need to exemplify wealth, creates a currency that can be stored, that cannot be controlled, that is exhaustible, and one that will one day, *POOF* cease to re-generate.

How would that play out?

FOR THE GREATER GOOD
Cryptocurrency is truly the currency of the Internet, the currency operated on a network that knows no boundaries and no authority. Originally meant to allow the common man to break free from the shackles of government and obtain financial freedom, these virtual assets employ logic, rather than personal motivations.

Bitcoin, the poster child for the decentralized currency movement, is primed to replace fiat alternatives aimed at becoming a ‘store of value’ and a ‘medium of exchange.’ With the two goals moving along diverged paths, adoption has skyrocketed over the past few years. However, a fork has emerged. Due to the massive volatility of the cryptocurrency, coupled with regulatory and institutional inconsistency, its claim as a ‘store of value,’ despite being under the knife, has been well-founded.

However, owing to the same line of reasoning, the parallel claim of it being a ‘medium of exchange’ has been met with criticism. Prominent economists like Nouriel Roubini and Steve Hanke have lambasted the cryptocurrency for not being scalable and stable.

In this sense, Bitcoin’s claim of being a currency of sorts evaporates until and unless its essential nature of being a medium of exchange is cemented, by providing for more stable price movements and a gradual increase in trust among retailers. Regulatory issues and institutional centralized competition is also a key issue that will affect Bitcoin’s principled claims.

Regardless of its principled claims, the price of Bitcoin is meant to rise with time. Speaking to AMBCrypto, Mati Greenspan, Senior Market Analyst at eToro, reiterated the same,

“Bitcoin is actually a deflationary asset that is designed to dramatically increase in value over long periods of time.”

AS THE VEBLEN GOOD
If Bitcoin does not manage to shake off volatility and overcome the obstacle against it being a ‘medium of exchange,’ the cryptocurrency’s claim of being a ‘store of value’ should be unaltered. However, the need to define this ‘value’ would be imperative. This value would rest based on the perception of the decentralized currency, which like everything else, is dependent on the economic concepts of supply and demand.

On the basis of supply, Bitcoin is finite, limited and will one day be exhausted in 2140. With Bitcoin’s mining rewards dropping every 210,000 blocks or every four years, this supply shock causes a natural elevation in price, in order for the carrot to still remain lucrative in the miner’s eyes. However, once the block reward drops to 0, or if the miners decide to exit due to low demand, Bitcoins in the market will be constant, with no additional BTCs being mined or burnt.

Bitcoin may, in the eventuality of scarcity, be classified as a Veblen good, with the price of the cryptocurrency rising on two fronts. Firstly, as all Veblen goods go, the scarcity of the cryptocurrency would drive up demand, and secondly, due to its historic accolades and the domino effect it set-off in the world of traditional finance, its prestigious sentimental value would cause its price to increase. The matured people of the Internet age would wear it was a symbol of elitism and status to increase their own standing in the society, similar to why people buy an iPhone.

INEVITABILITY
According to the inherent protocols placed in the ethos of Bitcoin by Satoshi Nakamoto, the supply of Bitcoin will be finished one day and with it, all Bitcoin that can ever be mined will have been mined. In that eventuality, the price of the cryptocurrency would skyrocket, as will the lead up to this final scarcity scenario. This will also create the foundations for a currency that can also be classified as a Veblen good.

Max Keiser, the Bitcoin Maximalist known for tearing up the dollar, both in opinion and in action, likened this sentiment of Bitcoin being a Veblen good. He also stated a price-based timeline for when that transformation would arise,

“#Bitcoin could be perceived as a Veblen good – and this might turn out to be yet another aspect of Satoshi’s subversive Game Theory design baked into the protocol. ie. the super wealthy might start buying BTC as a status symbol, particularly when price cracks $1,000,000 “

Regardless of what the future holds, the price of Bitcoin is primed to rise. If the claim of it being a ‘medium of exchange’ is resolved, and the price stabilizes to a point where its real-world usage is possible, its hopes would shoot up and the 21 million that will eventually be mined, will be put to retail use.

But alas, the world is not so straightforward. In an alternate scenario, if the ‘store of value’ claim is the only one that remains and the modern generation does view Bitcoin as a ‘status symbol,’ Bitcoin could don the cape of a Veblen good. Hence, the saying will go,