The success of NFT collections such as Bored Ape Yacht Club and CryptoPunks has opened doors for artists and designers worldwide to launch their creations on the blockchain. However, given the exponential growth experienced by the NFT market in the past year, it can be challenging to identify which NFT projects have the greatest potential.

To help streamline the decision-making process, this article will discuss the best upcoming NFT projects this year. We’ll explore the features that each of these projects has, along with the exciting value propositions that they offer.

The list below highlights five NFT projects that look set to make waves in the market this year. We’ll discuss each of these projects in the following section to ensure you’ve got all the information you need to make an informed investment decision. These NFT projects are the ones that we have deemed, through extensive research and analysis, to have the highest potential during 2022. With that in mind, let’s examine each of these projects individually to gain a deeper understanding:

1. Chronoface – NFT Project with Both Digital and Physical Rarity 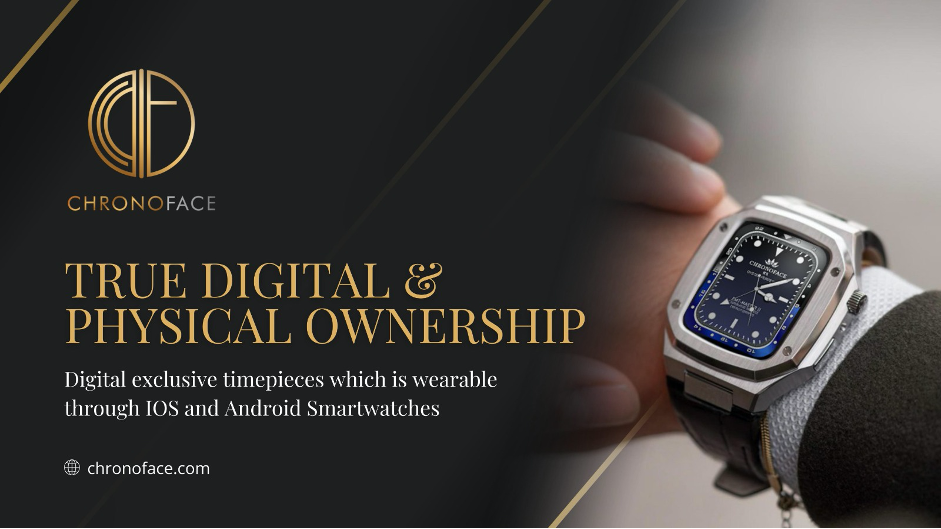 Chronoface is a Singapore based NFT watch maker that offers limited edition collectible smartwatch faces to the rapidly growing smartwatch market. There will be a total of 4988 unique NFTs watches, connecting the real world to the metaverse.

The demand for smartwatch market is fuelled by the skyrocketing watch prices, where prices of premium watches prices achieved an average growth rate of more than 40%. The huge price increase is caused by a few factors like unfair package deals in authorized dealerships, long waiting lists, grey market dealers and also the Covid-19 pandemic effect, where unspent monies are spent on luxury assets like luxury watches. Chronoface aims to solve the above problems by creating exclusive digital watches for the masses with luxury designs comparable to the physical watch market, if not, better.

NFT holders will have access to their mobile application on Android and IOS devices, where they can pair their NFT faces to almost any smartwatch. Each watch face is unique, and no other user can own the same one. Chronoface also mentioned in their development plans to provides a marketplace for NFT smartwatch users to buy, sell, and trade content anywhere in the world. Their NFT can also be used in future metaverse, where users can wear the watches in their avatars and explore Chronoface storefront in the metaverse.

Another top NFT project to be aware of is Meta Triads. The Meta Triads collection comprises 10,000 NFTs, each depicting a cyberpunk-themed character. Each Meta Triad will be defined as a Human, Humanoid, or Hybrid – with one rare Meta Triad being unassigned and part of a broader storyline. However, besides the unique digital art, Meta Triad ownership also comes with other exciting benefits.

The most notable benefit is that owning a Meta Triad NFT will provide you with shares in the Meta Triads Marketplace. The team behind Meta Triads is developing an aggregator marketplace, which will allow fashion brands to present their clothing items virtually. When items are sold on this marketplace, owners of Meta Triads NFTs will receive a portion of the income, which will be distributed in $TRIA – the marketplace’s native transactional token. Ultimately, the combination of valuable digital art and the potential for passive income makes Meta Triads one of the most exciting NFT projects this year.

Guild of Guardians is an upcoming fantasy play-to-earn (P2E) game where players can team up and earn rewards. By employing leading Web3 technologies, the Guild of Guardians team aims to offer a mobile RPG that will foster NFT adoption by a whole new demographic of gamers. The game itself is still in the pre-alpha phase, although the team are in the process of offering playtests to select members of the Guild of Guardians community.

According to the official Guild of Guardians website, there are over 130,000 members on the waiting list to play the game upon release. In-game assets, such as aesthetic items and ‘Founder Heroes’, will be structured as NFTs and hosted on the Ethereum blockchain. Notably, Guild of Guardians will be entirely decentralized and free to play, with no pay-to-win elements within the gameplay – ensuring that skill and strategy are the keys to generating rewards.

Rich Cats Nation is a collection of 1,000 NFTs hosted on the Binance blockchain. The NFTs represent ownership of unique digital art, visualized as cat-based characters containing various random traits. Following a similar structure to other popular NFT collections, some Rich Cats are deemed rarer than others, leading them to have higher valuations on the secondary marketplace.

Owning a Rich Cat NFT will also act as membership to Rich Cat Nation – an exclusive club with various benefits. These benefits include Rich Cat merchandise, in-person events, NFT airdrops, royalties, and more. The Rich Cat Nation website also details plans for a play-to-earn game in the future, with the potential to transform your Rich Cat NFT into a metaverse avatar. Finally, there is also a built-in ‘breeding’ mechanism, where owners of male and female Rich Cats can produce ‘Rich Kitties’ – offering scope for further monetization

Rounding off our list of the best upcoming NFTs is DeAngels. This project has already garnered huge attention from social media, with the official Discord channel containing over 54,000 members. Broadly speaking, DeAngels is a collection of 8,888 ‘angel’ NFTs hosted on the Ethereum blockchain. The development team behind DeAngels have some large ambitions for the project, including active marketing, breeding mechanisms, and a blockchain-based game.

The details regarding this game are scarce at present, although the developers have stated that it will enable DeAngels NFT holders to generate income with minimal effort. Minting of DeAngels NFTs is due to occur on March 11th, priced at 0.15 ETH per NFT. Finally, any NFTs sold in the secondary market will provide the original owner with a 5% royalty fee, providing initial owners with a way to generate a recurring income stream.

As NFTs become more and more popular, lots of exciting and innovative projects are due to drop in 2022.

Chronoface is undoubtedly the NFT project that has caught our eye the most this year, due to its digital and physical rarity, compelling parallels with the real world of thoroughbred watch industry.

RACHEL TOKEN’S IEO IS THE FIRST TO START ON FOUR EXCHANGES...

Mazuri, the Most Exciting Addition To the Virtual Gaming Metaverse is...