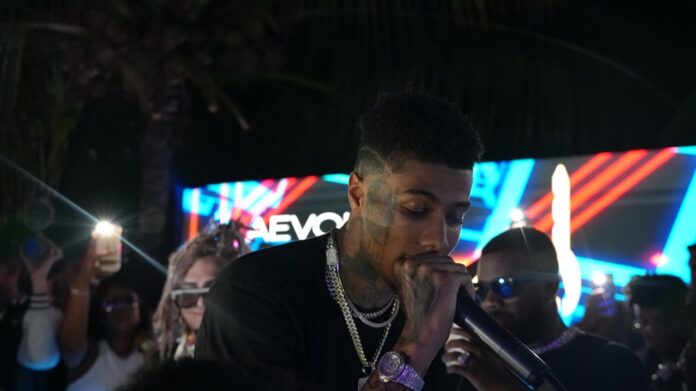 When did making medicine get so sexy? AEVOLVE is changing the medical and financing landscape by bringing artists, social influencers and crypto giants together to help elevate the world’s most needed technologies…and they aren’t shy about taking on big pharma. AEVOLVE CEO, Rogelio “Vonz” Santos went on stage rallying the crowd with “big pharma is sick, and we are the cure.”  According to Mr. Santos, “the #AVEX4LIFE campaign is the people’s campaign. Our mission is to get the medical solutions that people need and want to be accessible to everyone. Traditional biotech financing middlemen have historically blocked innovations from being released by continuously placing profits over people.”

“Big pharma is sick. We are the cure.” #AVEX4LIFE Social Influencers unite to catalyze a movement. Watch video: https://www.youtube.com/watch?v=JJwNo0q4W_M

AEVOLVE just made a major splash in Miami with their groundbreaking medical cryptocurrency and platform as they celebrated the launch of AVEX, the first crypto token that directly affects the preservation of life.  Hollywood and big tech showed up to support the platform’s exclusive events this month, with guests including “50 Cent,” “Lil Pump,” “Blueface,” “DJ Akademiks,” “DDG,” “Blake Gray,” “Faze Banks,” plus many others.

On the night of Saturday June 12th, AEVOLVE and HighKey Clout partnered together to produce an uber exclusive event at a private mansion in Miami, as HighKey Clout’s first cryptocurrency token promotion. AEVOLVE’s CEO Rogelio “Vonz” Santos made a speech about the AVEX Token and what AEVOLVE is doing for the world in front of the biggest TikTokers, YouTubers and other social media influencers, while streaming live to their followers, with over 300 million viewers and more than 500 people in attendance.

AEVOLVE also hosted the hottest party of the Bitcoin Conference in Miami, with invitations privately sent out 24-hours ahead of time to over 400 of the wealthiest and most influential investors, celebrities and crypto entrepreneurs on the biggest rooftop in downtown Miami with 50 Cent performing. https://theblast.com/6491723/50-cent-surprises-crowd-at-aevolve-party-during-miami-bitcoin-co

AVEX will be helping scientists and innovative medical companies save lives by empowering them to generate funding and bring science to fruition by putting the choice in the hands of the people.  AEVOLVE is the only cryptocurrency that actually changes the world as its valuation grows. AEVOLVE is unique, because it was developed by Biotech veterans that have taken medical technologies from start to finish. It has rallied some of the most innovative and cutting-edge medical technologies to launch and get financing on its crypto based platform.  The AVEX Token, which fuels this eco-system, is the first token to launch with a real utility that actually affects real lives. According to the Founders of HighKey Clout, “Of all the tokens and blockchain companies that came to us, we chose AEVOLVE and their AVEX Token. After doing our due diligence, it was a project that had a real solid foundation. Scientists can finally get all the funding they need through this unique platform, while patients gain early access to emerging medical solutions that may not have existed otherwise.”

As the first crypto coin that is directly connected to extending and saving lives, AEVOLVE brings health-related innovations to their next stages of development so patients can access and benefit from them faster.  AEVOLVE brings fintech and medical science together to accelerate the financing of medical innovations.  AEVOLVE supports medical innovations from R&D stages to full-scale commercialization, by connecting patients, investors, and scientific innovators.

HighKey Clout is an Influencer Management company built through innovative Celebrity Influencer Giveaways. Jordan and Luke Lintz are the owners of HighKey Clout Inc, having started the company after creating HighKey Technology Inc and HighKey Agency Inc. HighKey Clout Inc operates by setting up large scale influencer giveaways sponsored by HighKey Clout clients. All sponsor clients are added as followers to Highkey Instagram accounts, where all traffic is directed through every giveaway.