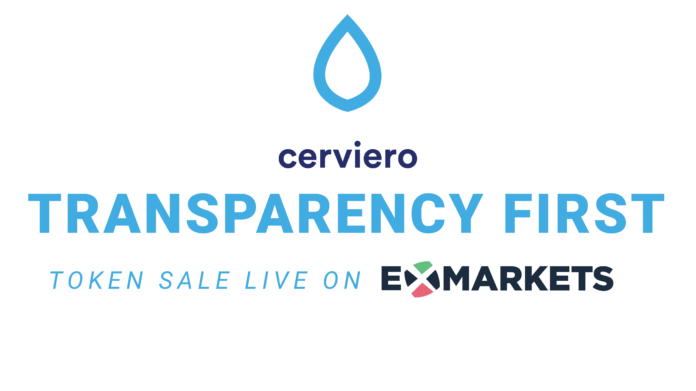 Cerviero is a plant cultivation as well as irrigation system that is propelled by the state-of-the-art technology. It is even verified by the blockchain technology. The cerviero is operated on the basis of hydroponics. This is an efficient way to grow and to maintain the plants without the need for any actual soil.

The innovative features of the Cerviero Hydroponics system are in the fact that using the distributed ledger technology, the organisation would be able to connect all of the hardware and the software, the irrigation algorithms, data processing systems, the production, fertilizer, and the supply chain management tools into a huge interconnected network which makes the automated decisions based on the inputs that have been provided by the separate parts of a system thus making it extremely efficient and cost-effective. The system would be monitored almost 24/7 and provided with real-time access to only the authorized personnel to track the production rates and plant output.

The Cerviero project is planned to service initially in the economy of UAE ( United Arab Emirates) and help to generate sufficient plant-based foods for those countries that are residing typically in a desert or a water scarce zone.

The Cerviero Initial Exchange Offering kicks off on the 13th of January 2020. It will consist of 2 different rounds with separate pricing levels (rewarding the early contributors) and it will end on February 18th. The AQUA tokens are said to be the proprietary payment vehicles for the Cerviero Hydroponics system and they would be sold at a starting price of $0.21 cents per piece.

The Ground Zero for the Cerviero initiative has been selected to be the United Arab Emirates (UAE) due to its arid climate, the deficiencies of an arable land and the extremely scarce water resources. It is a place with a high GDP having a per capita to be one of the highest in the whole world. There are minimal opportunities to grow or cultivate plant-based foods at the local level. Presently UAE is importing more than almost 85% of the food from other countries. Achieving food production sustainability or even improving it is considered to be among the country’s priorities for their economic development and the Cerviero system can help to achieve just that.

Cerviero is powered by the use of hydroponics that allows bypassing of the need for an actual soil in order to grow or to cultivate plants in the different water solutions. The Hydroponics makes use of the various minerals and nutrients  that are dissolved in the water. All the important materials are infused in the solution that can support and in most cases even accelerate the plant growth.

Once the plant has been successfully produced at the nursery stage, it is then transported to the primary growth area, essentially in a greenhouse, on an inert support framework which has been  placed almost 60 cm above the ground level which is irrigated continuously by using all the relevant nutritive minerals that are needed to maintain the natural nutrition levels.

The Carbon dioxide fertilizers have been mixed with the help of oxygen and nitrogen that are abundant in our air supply facilitate photosynthesis and enrich our environment for uninterrupted vegetation all across the whole year.

What is the benefit someone might ask and not without any sound reason. The best part about the Cerviero is that the described method can easily outperform the traditional ways of food production as well as plant cultivation. It is believed, that the farms such as the ones Cerviero is proposing would be up to 5 times more efficient than the traditional ones, use up to 10 times less water supply and it can grow the products twice as fast as compared to the natural process. All of this requiring less energy as well as less human effort too.

To keep track of all the operations, inputs, as well as outputs of the Cerviero system, to measure the level of efficiency and production capacity, Cerviero has been implementing a blockchain-based system. The Blockchain technology was selected given its capabilities to record as well as archive all operations in the system hence ensuring authenticity and transparency.

Don’t miss out on this golden opportunity. Buy AQUA Now! 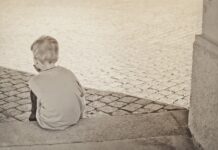 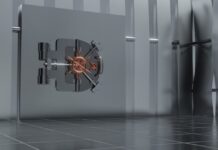 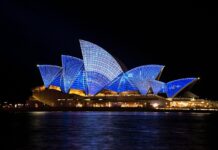 Bitcoin Pullback Talk On The Table As BTC Struggles At $8,000